Close Encounters of the Elfin Kind


We are not sure where the time goes…maybe Elfs have a different time and space measuring device because it seems like we were just talkin’ to y’all. (and we DO know the real plural is elves)
~~~~~~~~~~~~~~~~~~~~
OK—it’s time to report out on our recipes for this past week.  We had selected two rather diverse recipes and our reviews are mixed.  First up, we prepared Cauliflower Dal with Panch Phoran: 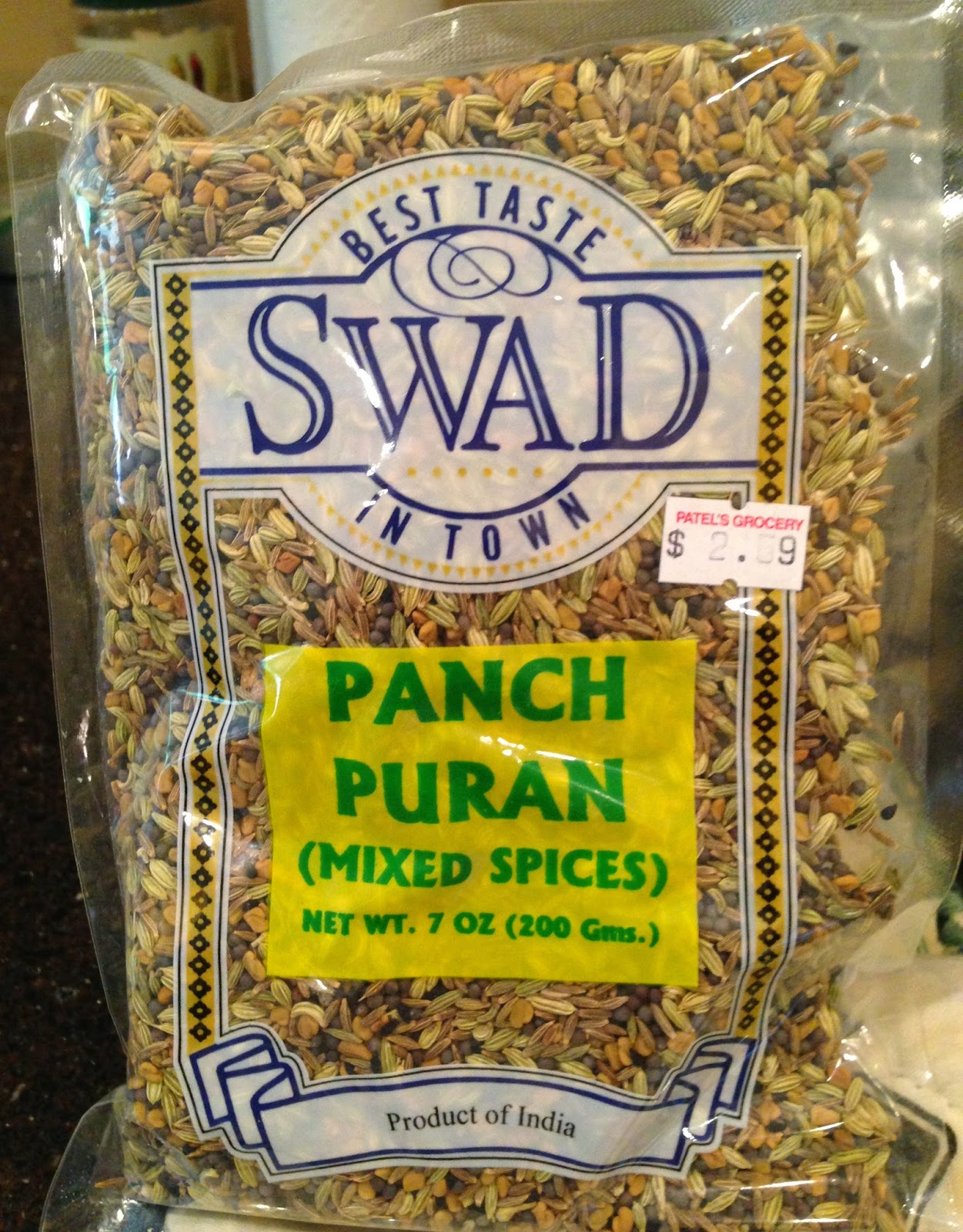 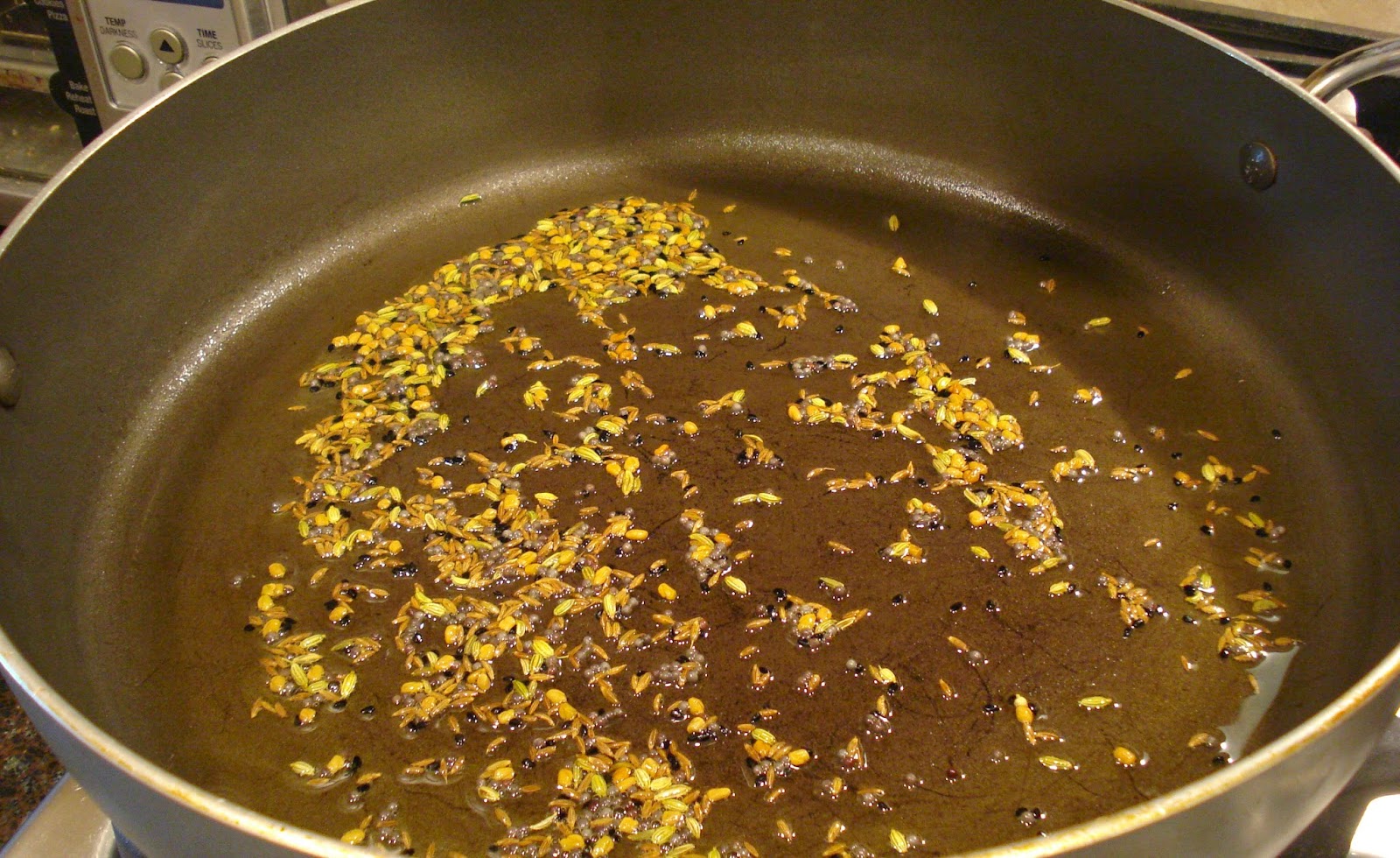 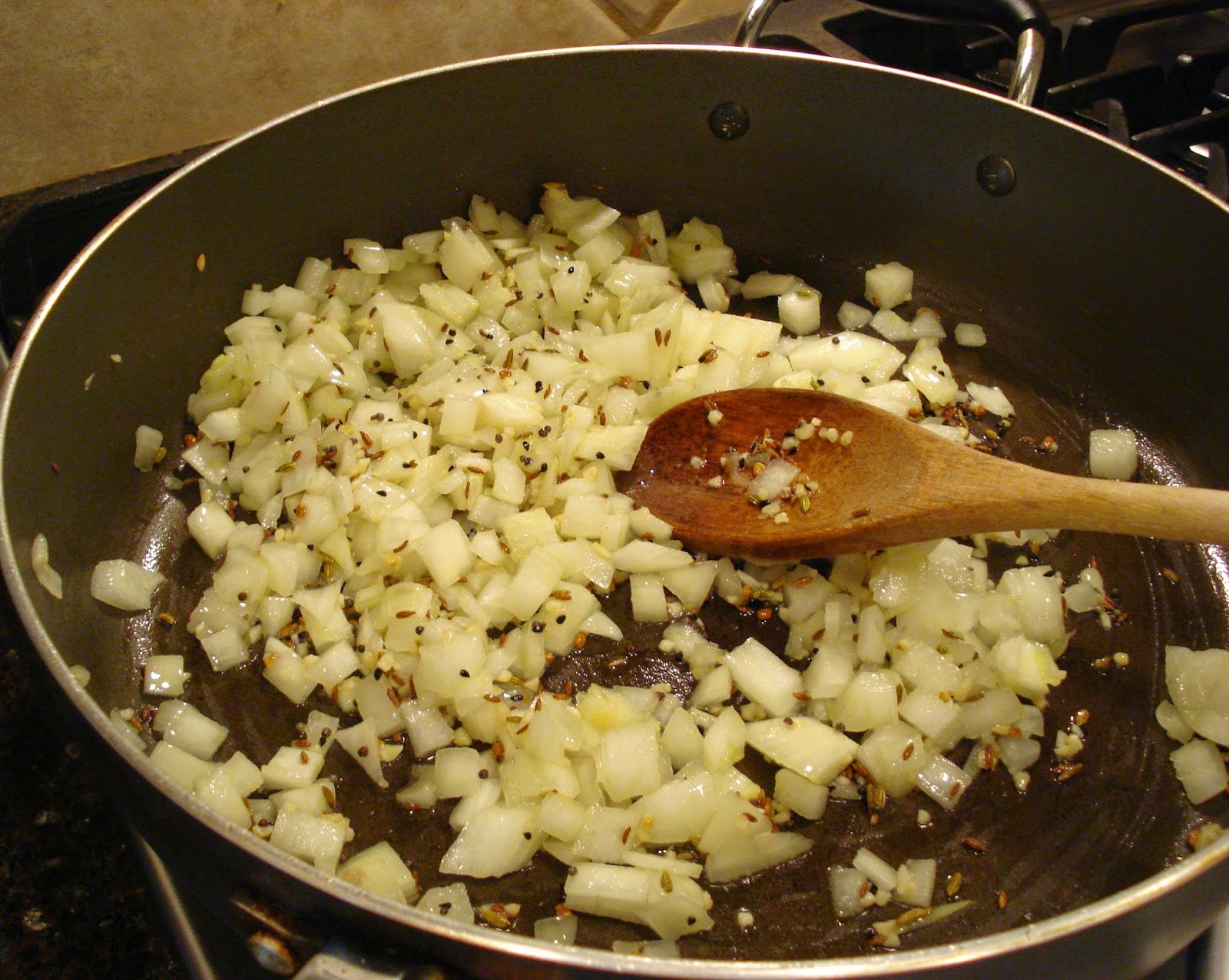 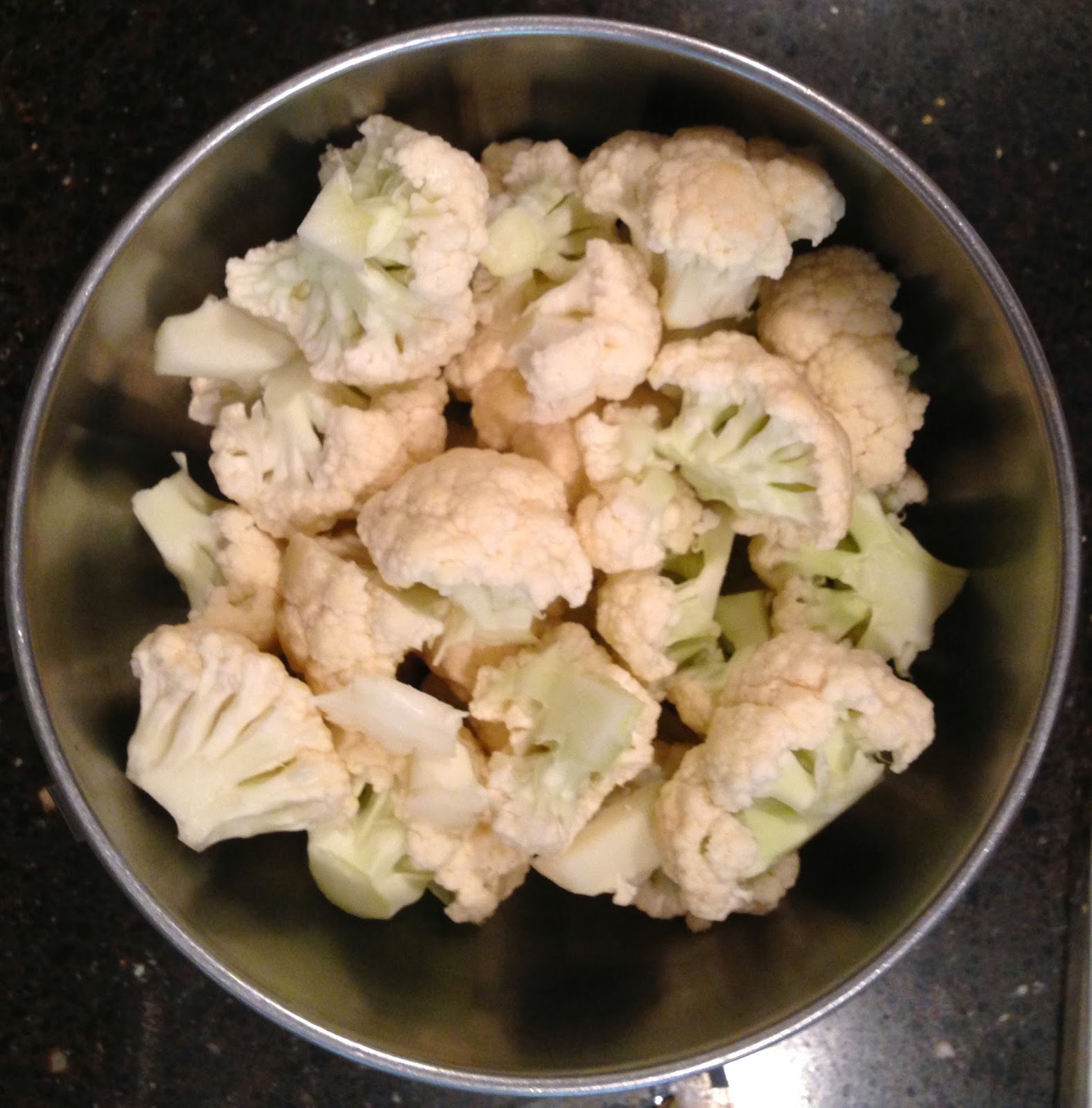 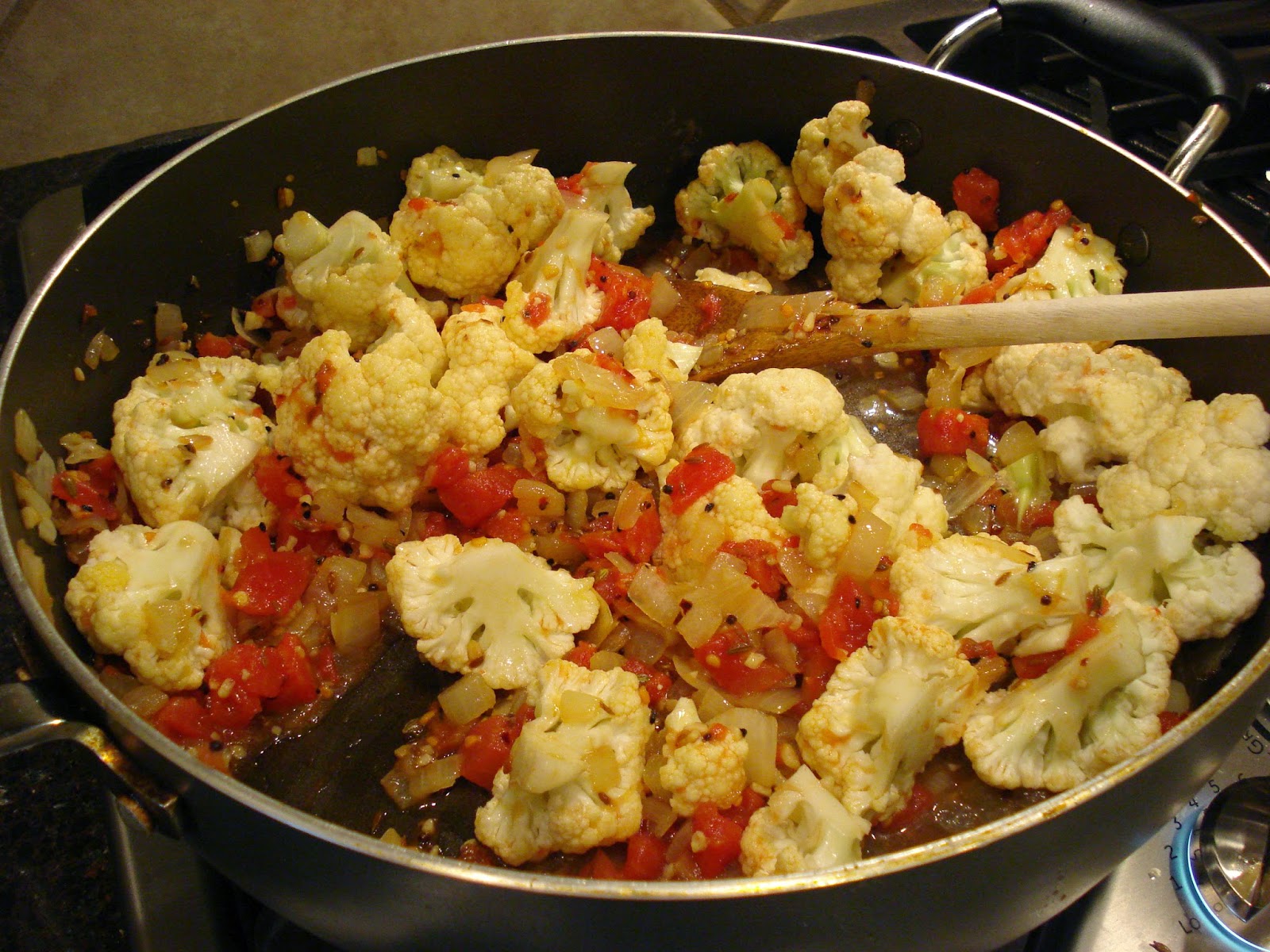 And then, we added the dal (red lentils) prepared earlier by cooking in ‘no-chicken’ broth and let them get thoroughly heated. This was our final result 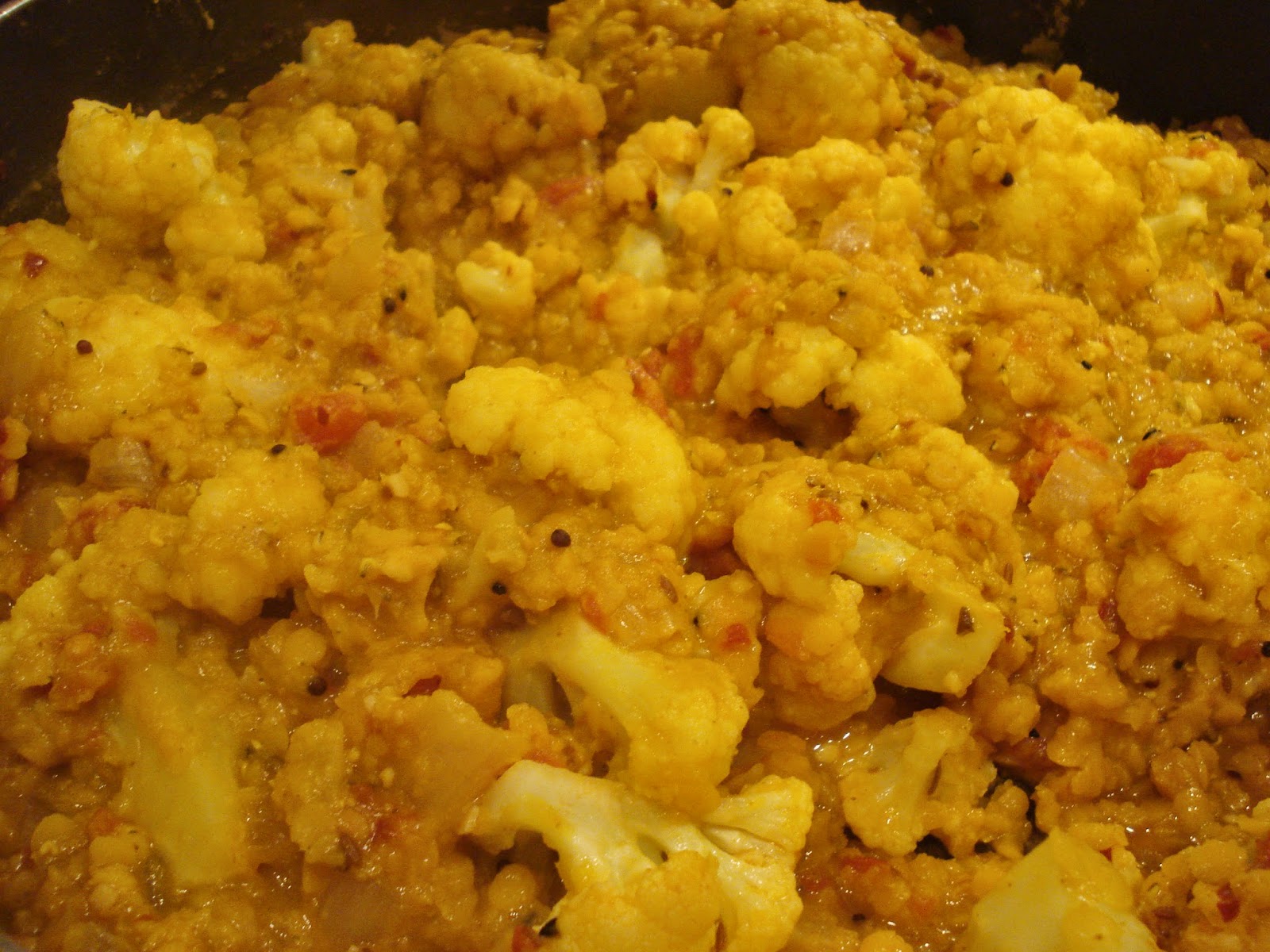 Our next EXPERT recipe was Seitan Scaloppine with Lemon Olive Sauce.
http://blog.fatfreevegan.com/2009/01/seitan-scaloppine-with-lemon-olive.html
We are big fans of seitan and prepare it quite frequently…almost all of the plant-based meat alternatives we use are some form of seitan. In any event, here’s how that went.
This is what the seitan cutlets looked like as we prepared them for steaming.

And here’s what they looked like being browned.  We were not happy that the cutlets took on the shape of the foil packet in which they were steamed, but not surprised. Seitan expands when it cooks (either steamed, baked or simmered). We will have to work on a way for the cutlet to maintain that ‘natural’ shape rather than an artificial one. 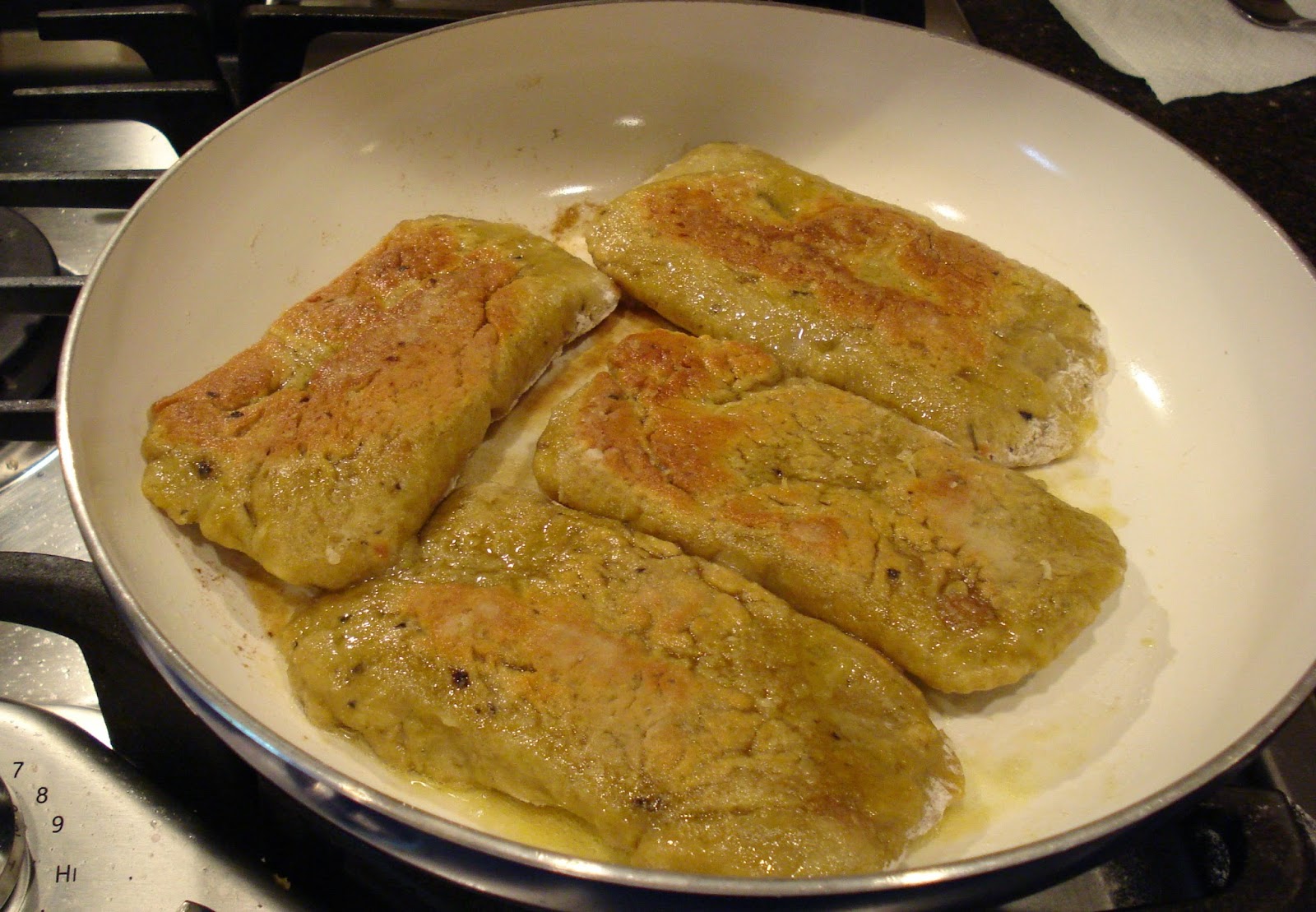 We added the wine, ‘no-chicken’ stock, olives, lemon juice and let them simmer until the sauce thickened. Then we added some flat leaf parsley from our garden. 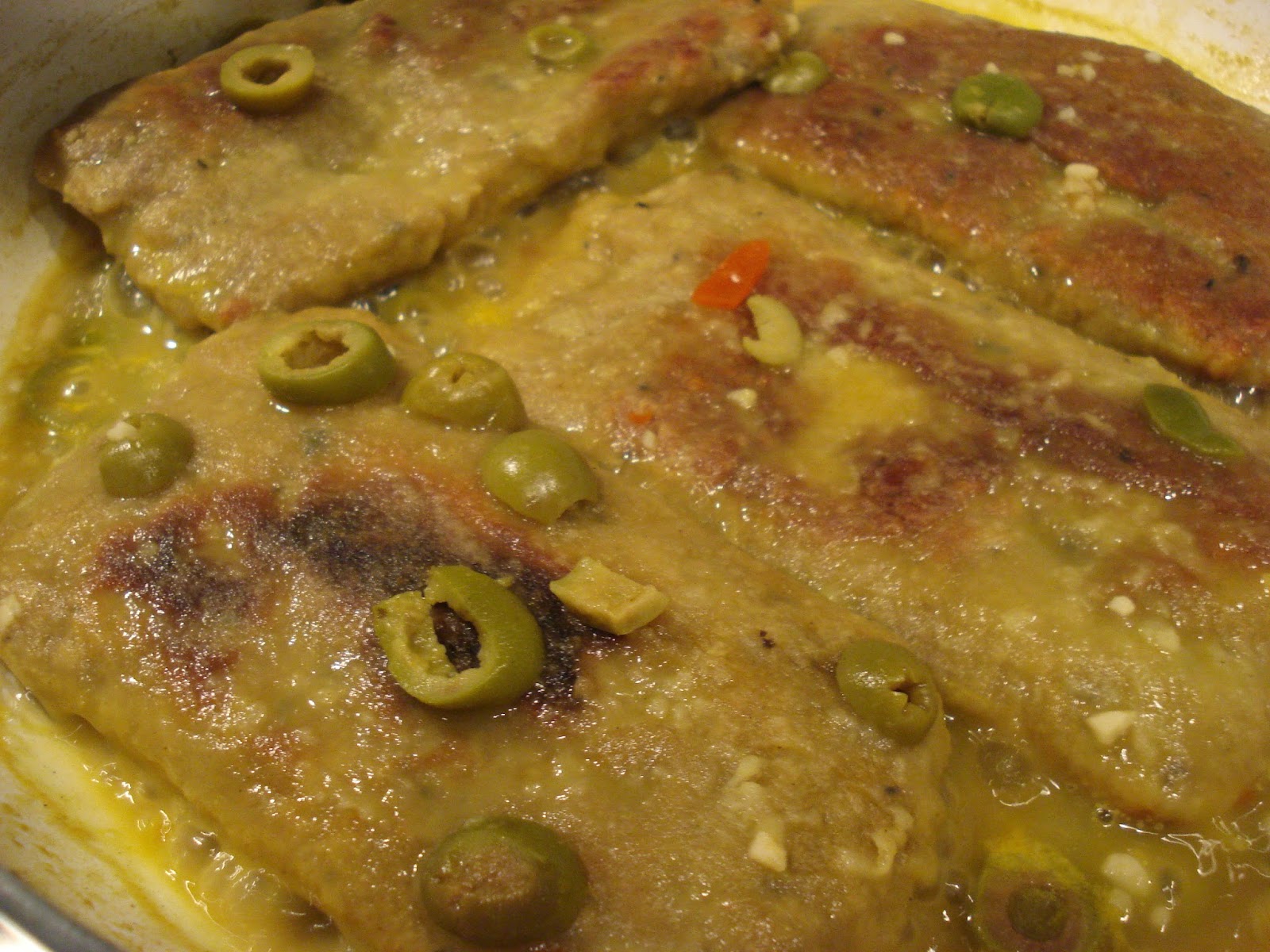 And here is the final cutlet garnished with a cooked (and yummy, we might add) lemon slice. 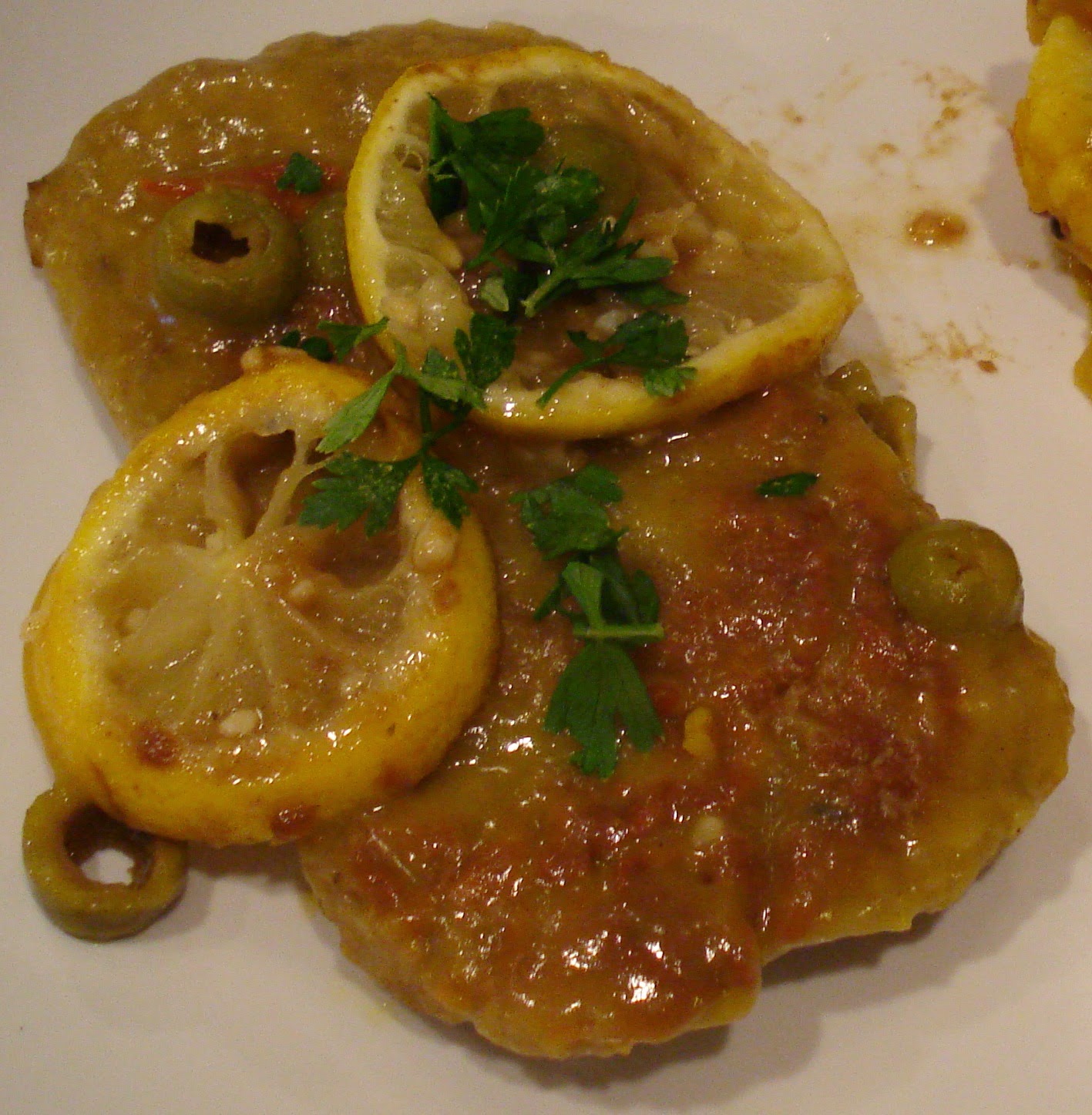 The final two recipes are shown as plated 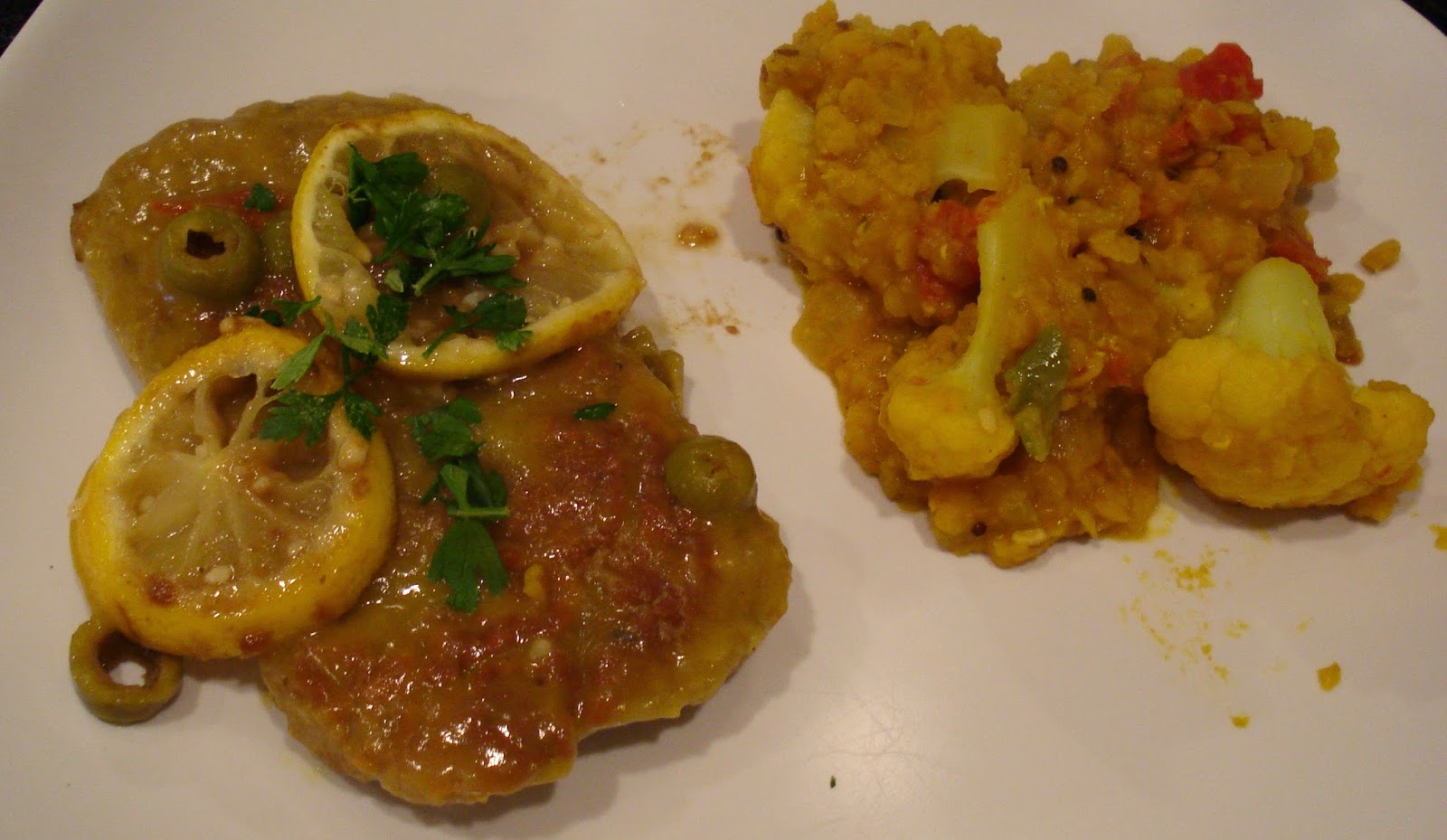 We both (Big Solid and The Elf) really loved the Cauliflower Dal recipe. The Seitan Scaloppine, not so much and even then we differed. Big Solid loved the consistency of the cutlet as it was substantial and chewy.  The Elf, however, thought it was too dense. We noticed that this seitan recipe contains tahini, which is not typical of seitan recipes.  And we also noted Susan’s instructions when the dough is completed to work with it quickly and now we understand why. The dough is initially very elastic and difficult to stretch into a cutlet shape (and retain that shape) and we suspect we worked it too much. As a result, it was a denser dough/cutlet than was The Elf’s fancy. The Lemon/Olive Sauce was delightful. So, the net-net…we’ll try the seitan cutlet recipe again to see if the amount of ‘hands on’ did actually result in the dense texture. And, again…Big Solid liked the denser cutlet.
~~~~~~~~~~~~~~~~~~~~
Grocery Store Creep
As promised, we took a look back over the time since we launched our The Expert and The Elf project (2/18/15) to see what, if any, changes had occurred in our shopping habits, our planning habits and our spending habits. We compared monthly grocery bills (and extracted things like gas, extra cash and other non-food items) from January to March, which gave us a baseline of January, two weeks in Feb and all of March. The result is pretty interesting.
This was an eye-opener for The Elf although in the back of her mind, she’s been aware of a slow loosening of the initial commitment of one grocery trip a week. We also have to qualify that slightly. We in MS seem to have grocery stores that do not carry all the items needed to complete a prepared list. For instance, Kroger is the store in our town that carries a particular non-dairy coffee creamer that we like BUT Kroger does NOT carry unsalted pretzels we prefer. Walmart (ugh) does. This is so frustrating because invariably we wind up having to go to more than one store to get everything on our list. And, this revolving door grocery store shopping only increases the temptation/likelihood that we’ll purchase things on a whim.

But the MAJOR culprit in the upswing of both shopping trips AND higher expenditures has been a complete failure on the Elf’s part to maintain the rigid planning routine we so eagerly and energetically initiated in February. Therefore, we are re-grouping and going back to in-depth menu planning. We are also adding another layer of monitoring by saving and reviewing our grocery store recipe each week to make sure we are only spending on the food items we need and not counting things like birdseed or Scotch tape. So, this week begins this re-doubled Elf-fort.

So here’s our menu for this week and we’ve already been to the grocery store…forgot 3 items ON OUR LIST and could not find the unsalted pretzels. Geez Louise…you’d think that if it’s WRITTEN DOWN, we’d at least remember THAT! GRR!!

Sunday night 4/26 – we are dining out at Anjou. They have a very nice vegan entrée that is reasonably priced and delicious. OK—easy enough as this comes out of Big Solid’s budget. We don’t always dine out on Sunday but when he asked, the Elf rejoiced.
Monday night 4/27 – We are having one of our MOST favorite Ethiopian dishes, Atakilt-Wat with smashed garlic potatoes. This is from the wonderful Vegan Richa site.
http://www.veganricha.com/2014/07/atakilt-wat-ethiopian-cabbage-potato.html
Tuesday night 4/28 – This is the night we will prepare our EXPERT recipes for the week. We moved the recipe night up because one of the ingredients is kale and we didn’t want it to wilt. We are going to follow Susan’s video on her website on how to remove the kale from the stem, wash thoroughly and store in a plastic bag til Tuesday. Our EXPERT recipes for this week are Okra Masala and Healthy Hash Brown Casserole.
http://blog.fatfreevegan.com/2013/07/roasted-okra-masala.html
http://blog.fatfreevegan.com/2013/02/healthy-hash-brown-casserole.html
We realize that Big Solid does not particularly care for casseroles but we do know that he loves potatoes and kale…so maybe he’ll enjoy.
Wednesday night 4/29 – We are having a Za’atar Roasted Chickpea Salad (from One Green Planet) and a grilled ‘cheese’ sandwich.
http://www.onegreenplanet.org/vegan-recipe/zaatar-roasted-chickpea-salad/
Thursday night 4/30 – Thursday night is our ‘burger’ night, so a vegan burger with oven fries.
Friday night 5/1 – MAYDAY!! Date night only I’ll be soloing at The City Grille as Big Solid is out of town!
Saturday night 5/2 – Having squalled through My Old Kentucky Home and watched the Run for the Roses, and maybe had a mint julep or two, The Elf will dine solo on leftovers and read the rest of the night away.
~~~~~~~~~~~~~~~~~~~~
Our baking this week has already been devoured, even though we made enough to freeze for the ‘future’…which in this case turned into a couple of days.

We made Oatmeal Chocolate Chip cookies and Oatmeal Raisin and Pecan cookies to share with our good folks at the Animal Rescue Fund of MS. These folks do such incredible work that it’s the least that we can do to share some sweetness along the way (and good sweetness at that). There is no special recipe for these cookies other than the recipe that is found on the back of an oatmeal container that we veganized by using vegan butter instead of real or margarine AND egg substitute rather than real eggs. 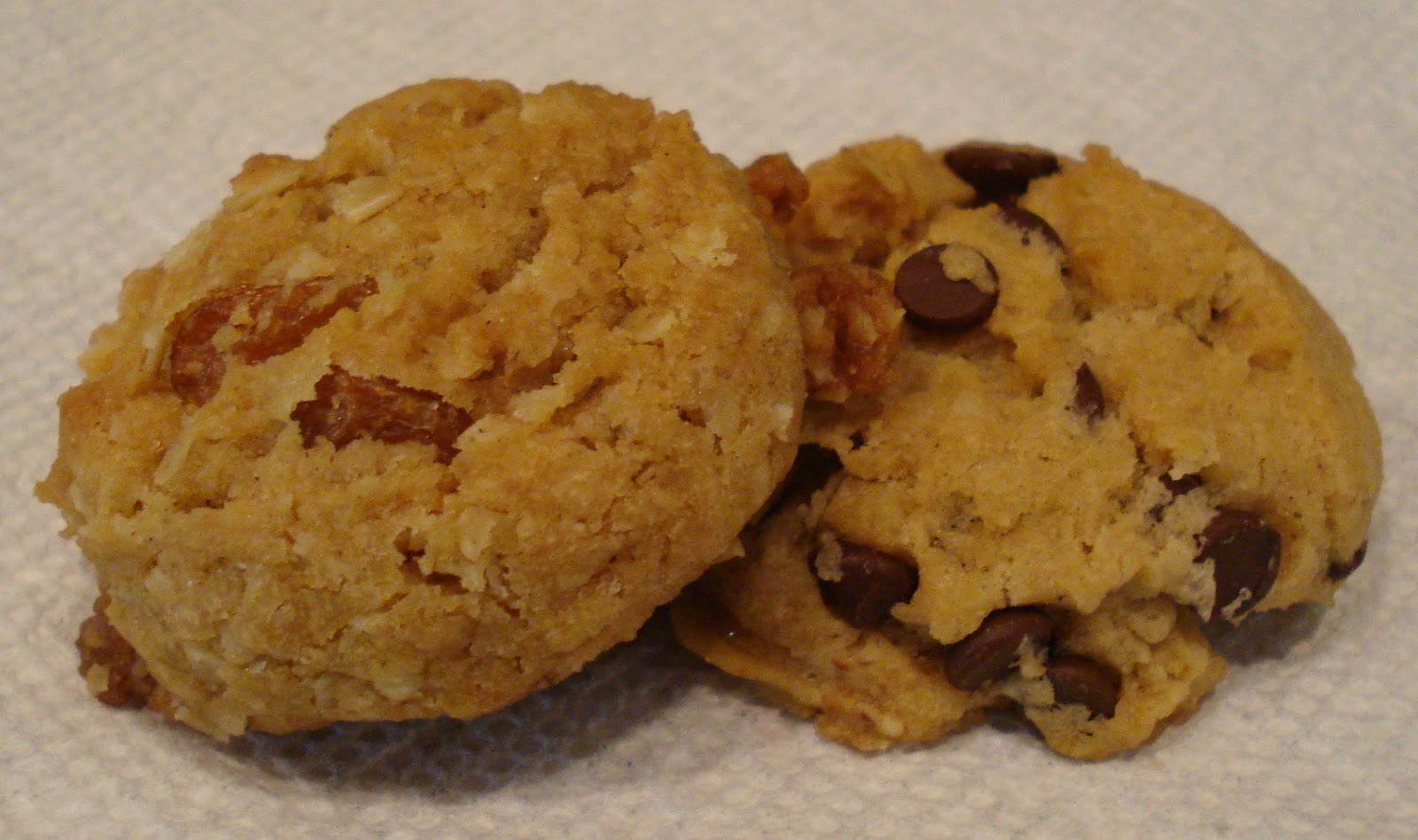 And here’s a small share of the buttload of cookies that we shared with ARF. We also had another 3 dozen or so to freeze, which like we said, lasted two days. 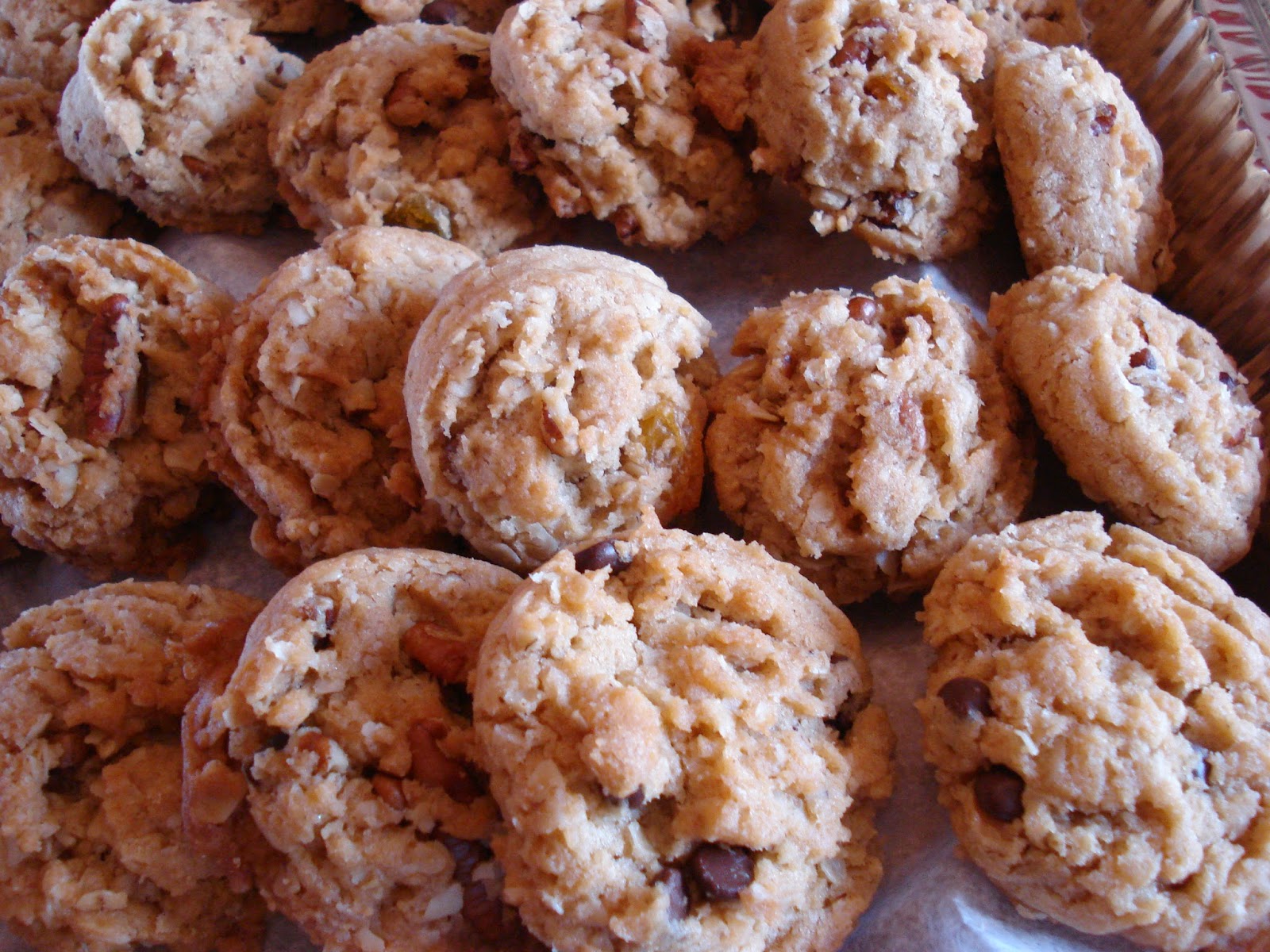 And finally, we’ve shown these cookies before but they are SO incredibly good, we made them again to share at a meeting. And that’s the real name of these cookies – Ugly but Good Vegan cookies. They are gluten free as well albeit slightly labor intensive…so worth it! 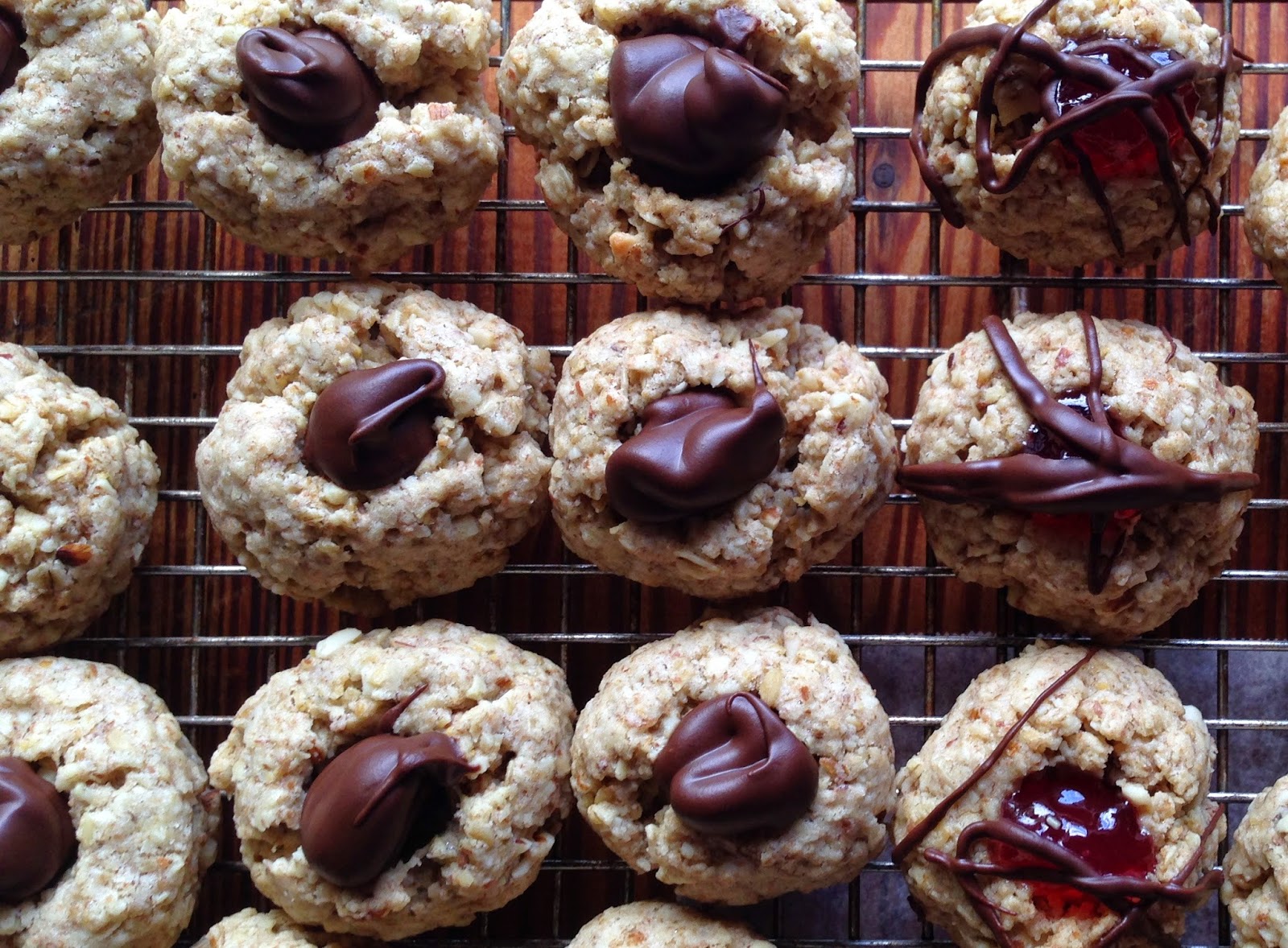 So there you have yet another week in the kitchen with The Elf…we hope your ‘encounter’ with The Elfin kind has been fun, entertaining, enticing you to become or stay plant-based. In the coming weeks, we have much to share about a young woman who is making a commitment to plant-based eating based on our discussions and shared foodstuffs to show her that plant-based food is delicious! And, we have talked to the owner of the Indian Grocery here to see if he would allow us to feature the store in an upcoming blog. AND finally, we have been TRYING to remember to do a pictorial account of ‘makin’ bacun’ so you can see this plant-based alternative in action. Look, we are almost in one of the BEST times of the ENTIRE year…FRESH (read REAL) TOMATOES!! Just gotta have some Bacun for that!